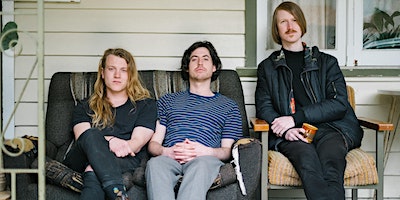 Melbourne's favourite rock rodents RAT!hammock have just announced that they will be teaming up with Adelaide’s Horror My Friend for a double-headline tour, hitting the road in November.

As this year's Chinese zodiac foretold, 2019 (the Year Of The Rat) has already been fantastically fortunate for the charming three-piece. Kicking things off in a big way by scoring a coveted slot on the Melbourne leg of Laneway Festival, following that with the national support slot for Brisbane indie legends Last Dinosaurs and then playing a few packed out single launch shows in support of their radio hit single 'Ghost' in June.

The band have since been bunkered down working on their next masterpiece - 'Pick Up' - which will be hitting the airwaves on September 27th. Reemerging just in time for a run of dates with SA mates Horror My Friend. RAT!hammock will be seeing out this bumper year at Spilt Milk festival in November, and welcoming 2020 at NYE On The Hill, billed alongside some of Australia’s most exciting artists.

An absolute match made in heaven, don't miss your chance to catch not one but two of Australia's most hyped rising acts as they tear through a city near you this November.