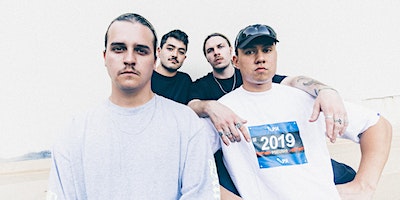 Hot off the back of their impressive new single 'Butter', Triple One are excited to announce East Coast single tour dates. Hitting Sydney, Brisbane and Melbourne, the band take their notorious live show to Northcote Social Club this June.

Described as a "sad-boy banger", 'Butter' continues to impress audiences with their versatility and stands out as a confident, thought-provoking and fresh perspective on mental health in the format of contemporary rap hit and continues to sets them apart as one of the fiercest, leading groups in Australian hip-hop.

National support comes from Nerve, the Brisbane-based grime/hip-hop emcee and producer who just released his new single A Bomb and finished up a sold out headline tour earlier this year. No stranger to the crew, Nerve has already joined the band at Falls Festival in Byron Bay, and appeared on multiple cyphers and tracks with heavyweights like Fraksha, Alex Jones, Wombat, Huskii and more.