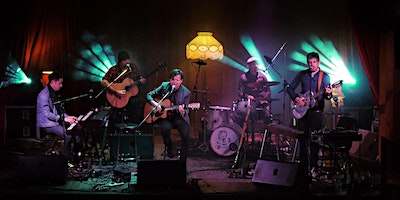 We had a seriously good run with the On The Quiet shows earlier this year and were gratified by the turn out and the response to the sets. We also got a lot of feedback from people who missed out, apparently whole cities in fact, which was a little remiss of us come to think. We’ve heard the righteous burble and will take action as best we can with what days are available to us. Throughout December : Melbourne gets a silly season send off at the Northcote Social Club on the 12th, as good a place as any for this time of year. Friday the 13th our songs will slash the emotional throats of Perth people at Freo Social. On the 20th we return to the glorious Theatre Royale in Castlemaine, and conclude on a beautiful Sunday evening in grand old Adelaide at the Governor Hindmarsh on the 22nd. We love playing this style of show, the songs get their due but there’s little, if any loss of power, it’s just a different kind. Renewable is perhaps the best way to describe it. And we’ll look to generate more of it in the coming years alongside our traditional set ups. Special guests include Oh Mercy (solo) in Victoria and Adelaide, and Timothy Nelson Band in Perth.