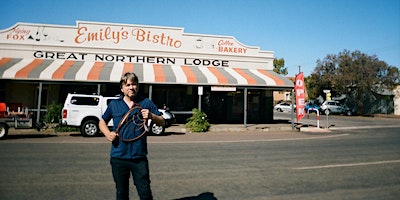 This coming December Gympie’s own wandering son Darren Hanlon will once again traipse the towns and cities of Australia to perform what will be his 14th annual Christmas concert tour. Over so many years these shows have become legendary and beloved among his loyal followers. It’s business as usual: an intimate and informal solo performance, drawing on songs from his entire catalogue with new ones to share as well.

It’s been a busy year that’s seen Hanlon travel the world for shows that brought him to the US, UK, and the remote west coast of Norway. All the while working on his new album slated for release in 2020.