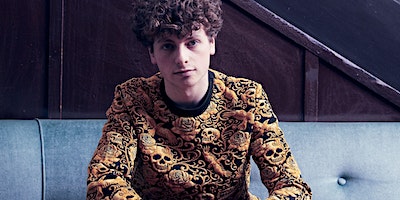 Fresh off the back of his hugely successful ‘Cross The Line’ EP which reached number 2 on the Australian iTunes chart, Daniel Shaw will embark this September on a run of intimate shows in select locations across Australia. When Daniel was 8 years old he went to a Billy Joel concert which inspired him to become ‘just like Billy’. He dreamed of incorporating both piano and vocals and becoming the next “Piano Man”. So for 13 years, every weekend, Daniel has busked in the city of Melbourne to continue to improve and develop his sound and practice his art. This has made him is no stranger to connecting with his fans. Evidenced by his stellar runner-up performance on The Voice, fans right across Australia recognise him for what he is - a true artist who is on the path to something very special.

Playing hits from his independently released Cross The Line EP as well as showcasing new material from his forthcoming debut album to audiences in Brisbane, Sydney, and Melbourne, Daniel will do what he does best. Heart-broken and alone, sitting at the piano; he will let fans into his world. The world of a truly gifted musician and artist.