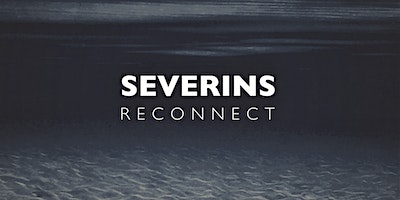 Severins are a 4-piece Melbourne band who were originally part of the '90s rock scene in Geelong. They recently reformed for a benefit gig and realised that their timeless brand of indie psychedelic post-punk may finally have come of age, when long-serving proprietor of the legendary Barwon Club in Geelong Greg Dodds jumped on stage to shout “Who’d have thought the Severins could’ve gotten better?!” They certainly couldn’t have been any more fiercely independent, to the point of obscurity, but they are now ready to share their sonic vision with the world.

The Severins sound is like no other, blending deep bass drives with imaginative drums and the most atmospheric yet chunky guitar you could wish for, all surrounding poetic lyrics that could be described as a “soundtrack for the apocalypse” - but played with amor fati, the love of fate, in a maelstromic rush that flirts with the edge of the known universe and only just comes back alive ...

*All vinyl purchases will be available from the merch desk