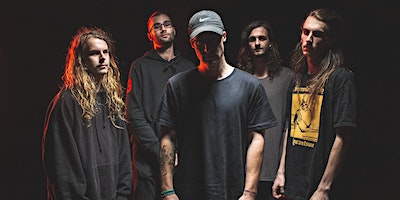 19th July 2019 is the detonation date for Melbourne heavy act Wither! They are set to unleash a whole new level of panic into the world with the announcement of their new single Use Me. The new single is a standalone follow-up to their acclaimed debut EP Rot and I.

To all who thought Wither's debut output was heavy, prepare to be buried under the weight of this all-out assault, aimed directly at social climbers.

After a SOLD OUT East Coast Australian tour with Deathcore royalty Thy Art Is Murder in July, the band will be celebrating the launch of Use Me on Friday, August 23rd with a massive headline at The Northcote Social Club, with support from Diamond Construct, Forsaker & Vatic. Tickets are now on sale.

Withers story started with conversations between friends in the downtime between tours and recording sessions - and the five members found time to explore their own sound together.

Artists David De La Hoz (Belle Haven), Jamie Marinos, Luke Weber (Dream On Dreamer), Liam Fowler (Pridelands) and Jeremy Hughes have played alongside, recorded or produced one anotherʼs music in different projects for years - and it became clear that it was time to pull their experience together to form Wither.

After releasing Rot and I at the end of 2018, the band wasted no time living up to their media appointed title of Super Group by selling out their first show at The Workers Club in Melbourne. This single launch show is SURE to follow suit - so get your tickets for the Use Me single launch NOW!