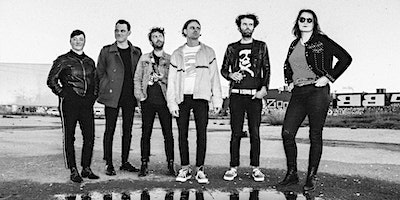 Melbourne five-piece Junior Fiction make unapologetically jubilant pop music. Their second album Your Love — out on April 17th — is the result of a rich songwriting period for the band, which comprises members of fellow Melbourne stalwarts the Tropes, Dianas and Plaster of Paris.

Musically, things have locked in to place on this record, which was recorded in a home studio in Pascoe Vale by producer/mixer/mastering extraordinaire Chris Korczynski.

Side A expertly captures the levity and giddiness of a new relationship. When vocalist and founding member James Mclean (the Tropes) sings “You’re looking at a changed man” on “365”, you know he’s being sincere. Lead single “Your Love” swells with a forceful buoyancy and showcases Mclean’s vocal chops. Side B acts as a prelude to the first, charting more uncertain emotional territory, but maintaining trademark colour and brightness.

Mclean says: "The dream was to create a warm, bright and glorious album, sonically. Not a punk album but a grown-up pop record that reveals delicate and dynamic treasures on every listen; one that handpicks the greatest moments from all the players and brings them into the spotlight.”