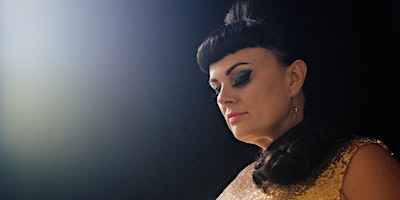 "Tami Neilson is a fire-breathing belter on her own terms." - ROLLING STONE

No one forgets the first time they saw Tami Neilson.

She can hush a room with an original song that channels the hurting spirit of Patsy Cline or the sensuality of Peggy Lee, or bring the audience to its feet on a rockabilly raver. She’s an artist with real range, whose powerful voice can take on big ballads, golden-age country, heartfelt Gospel, soul-infused R&B, Western swing, even old-style rock ‘n’ roll.

Tami encompasses them all and is a personality-powered cyclonic force of nature in stylishly retro attire, long lashes and a stacked-high beehive.

Following festival appearances at Port Fairy, Blues on Broadbeach, Dashville Skyline and Out On The Weekend in 2019, Tami returns with her brother and collaborator Jay Neilson and drummer Tom Broome to Australia in 2020 to celebrate the launch of her ‘CHICKABOOM!’ album with dates in Melbourne, Sydney and the Gold Coast.