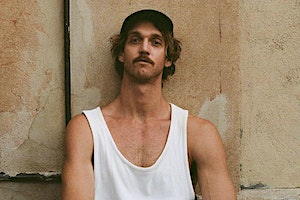 Below is a message from Nick Cunningham:

Unfortunately due to the recent changes put in place to combat the outbreak of COVID-19 this show has been cancelled. I apologise for any inconvenience this has caused however your safety is our greatest concern. I would like to thank you for your support and look forward to seeing you all again as soon as it is possible. Stay safe!

Nick Cunningham is a South Australian singer songwriter based in Byron Bay. His folk pop songwriting stays close to his traditional influences while still being unmistakably his own. On stage he strives to deliver a feel good show, making light of his own bleak experiences and often offering insight into the makings of his music. In 2019 he was the winner of the Falls Festival Foster a band competition, earning his place on stage at the highly regarded music and arts event. He has also played Splendour in the grass and the Byron Blues Fest while appearing online for the like of tram sessions and Sofar Sounds.