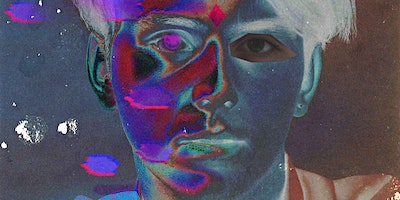 Tyde Levi hasn’t always made music, but you’d be forgiven for thinking he has. The Melbourne-based, Perth-bred artist sings with a confidence and presence well beyond his 19 years.

His debut self-titled EP introduced the world to Tyde’s smooth alt-R&B style, inspired by the likes of the acclaimed and effortlessly cool Frank Ocean and SZA. This warm and fluorescent collection of songs about love, heartbreak and adolescence were written and produced with renowned songwriter Daniel Johns and successful avant-pop due Cosmo’s Midnight. Lead single ‘Goldchains’ was premiered on Beats 1 by Zane Lowe, features horns from members of seminal hip-hop group The Roots and earned him 2 million streams. The song was accompanied by a stunning video premiered by The Fader and choreographed by Aaron Sillis, credited with working with the Rihanna, Katy Perry, FKA twigs, Justin Bieber and Kylie Minogue, to name a few. The standards were set high from the beginning for Tyde, begging the question, where to from here for the bright-eyed kid from Perth?

- Meet and Greet with Tyde 1 x hour before doors.