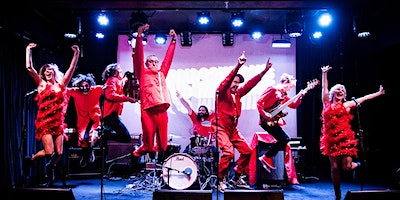 It’s Carols by Candlelight like you’ve never heard it! Damian Cowell’s Disco Machine features the original ‘masked singer’, the voice of TISM, joined by his glo-mesh friends, including 2018 and 2019 best Australian comedy podcast-winner, #1 Australian radio comedian of all-time and all-round icon Tony Martin, bringing you their 5th annual ‘Disco Christmas’, a hilarious mash up of warped takes on your (least) favourite carols, plus their own irresistible booty-blasting anthems. It’s all sparkles, rude words and silly dancing with a sneaky side of black social observation, described by The Guardian as 'a triumph' with songs that are 'impossible not to quote in their entirety'.