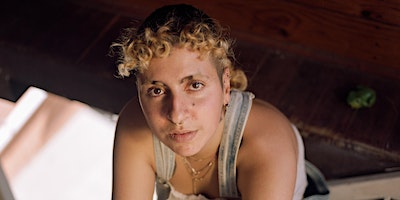 After wrapping up their first headline tour in June and selling out shows in Sydney and Melbourne, Sydney neo-soul artist and poet imbi the girl has announced their brand new single our room, paired with the announcement of two headline shows.

imbi the girl has started a movement of unapologetic truth, self-service, self-belief and self-love with their eclectic brand of ‘melodic rap’. Following the release of their breakthrough single swell and this years’ revered follow-up i used to featuring SUPEREGO, imbi the girl has made their mark in music and queer communities alike with their vulnerable, authentic expression, and through their unique artistry provides listeners with a sense of connection, camaraderie and solidarity.

imbi the girl’s music is a multi-faceted extension of themself that combines elements of hip-hop, R&B and soul, and has been featured locally and abroad by Beats 1, Billboard, triple j Unearthed and FBi Radio. Since arriving seemingly out of nowhere in 2017, the Sydney native has surpassed over 1.5 million catalogue streams, with performances at Laneway Festival, Listen Out and Groovin The Moo, plus supporting the likes of Sampa The Great, Odette and Ball Park Music.

imbi the girl will take our room on the road in November for two special performances in Melbourne and Sydney.