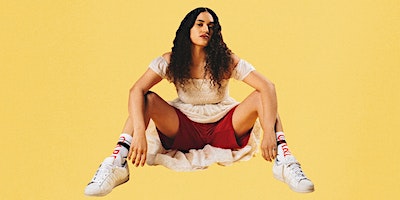 I OH YOU and Frontier Touring are thrilled to confirm two headline shows for alt-pop, R&B singer songwriter Empress Of while in Australia for Dark Mofo in Hobart this June. Playing Sydney’s Oxford Art Factory on Wednesday 19 June and Northcote Social Club on Thursday 20 June, fans will be treated to live versions of tracks from her acclaimed records Me and Us (both available now through Terrible/Caroline).

Empress Of (real name Lorely Rodriguez) creates introspective, self-empowering electro-pop centered around her impressive, acrobatic vocals. Basing herself in LA, Empress Of began experimenting with music software on her laptop, gaining attention by anonymously uploading a series of 15 minute-long experimental demos called colorminutes to YouTube in 2012.

The Honduran-American vocalist/songwriter went on to gain wide critical acclaim for her singles, 2014 EP Systems and 2015 debut album Me. The follow up, Us sees her shifting her focus outward and creating a community between herself and listeners, while also opening herself up to collaborations with Blood Orange's Dev Hynes and DJDS. Key moments from Us include ‘When I’m With Him’ and ‘I Don’t’ Even Smoke Weed’.

“Lyrically introspective but musicially explosive and inclusive, touchy subjects masked by electronic exuberance, it’s a celebration of the personal – the agony, the ecstasy and the in-between.” – RUSSH

The tour in support of latest record Us has already weaved its way through America, Europe and the United Kingdom, with dates in America with Maggie Rogers scheduled later in the year following her Australian performances.

The release of Me brought her to Australia for the first time in 2016 to perform at Sugar Mountain Festival and a headline event at Sydney Opera House featuring Australian alt-pp acts Oscar Key Sung and Banoffee.

“A grand, and at times blinding, display of powerful vocals” – The AU Review

A true staple in the international experimental pop scene, and backed by Australia’s premiere art festivals, these shows are unmissable. Secure tickets as soon as possible to avoid disappointment.