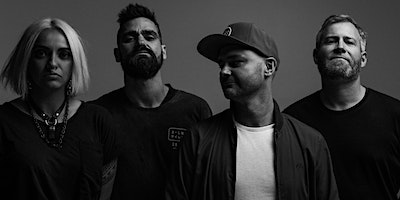 Ezekiel Ox is one of Australia’s most prolific and outspoken multidisciplinary artists, celebrating more than 20 years as a career Musician, Songwriter, Entertainer, Activist & Radical.

He has built a reputation as one of the most captivating front men in the industry through relentless touring around Australia, fronting acts such as Mammal, Full Scale, The Nerve, Over-Reactor, Superheist, as well as his solo rock project EOX.

With the release on April 15th of his latest EP "Cheering Bombs From Deckchairs”, Ox has delivered a powerful follow up to his 2016 release “Proper Gander”.

To celebrate the new EP, Ox is taking his band and hitting the road for a National Tour in May/June, with shows across six states, as well as an appearance at Sydney’s Vivid Festival.

Guests for each show are to be announced soon.

For more info head to the website at www.ezekielox.com