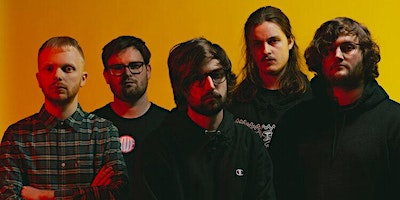 LUNE are smashing their way into the spotlight of Australia’s heavy music scene.

Since being released in June 2020, LUNE’s debut EP ‘GHOST’ has amassed over half a million streams across the major streaming platforms. 2021 began with LUNE selling out their 3rd live set - a home town show at Stay Gold, Melbourne. With a performance that is described as “captivating” and “not to be missed”, it's easy to see why they were chosen by rising Gravemind to fill the opening spot on their highly anticipated ‘Conduit’ Tour.

Making up for lost time, the quintet is releasing a highly anticipated follow up single ‘EXIT’ this June, coupled with shows in Sydney and Melbourne. This is just the beginning.

Having accomplished so much in such a short time as a band, LUNE is a group that will not let itself go unnoticed. You may have heard the hype but make no mistake, when you experience LUNE - you will believe it.

“... their professionalism is outstanding, the way that they play in unison, just like a well-oiled machine truly makes me believe that this band has a bright future “ Adam Rice - WALL OF SOUND

"When you anger the hive, you risk the wrath of the swarm. This is mental!" Dave Ruby Howe

"Heavy as all hell, and when it gets melodic, it's STILL heavy as hell" Mitch Alexander, TRIPLE J's THE RACKET