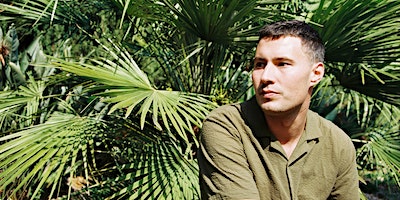 The Afterlife. What comes next? Ex-Olympian is the musical vessel for Liam McGorry, songwriter & musician for bands such as Saskwatch and Dorsal Fins. After releasing the debut 7” Voices In My Head & Lilac Youth (Feat. Nkechi Anele) through Northside Records & Dot Dash July 2020, Ex-Olympian’s debut record Afterlife came out in October 2020 thru Dot Dash/Remote Control, finally able to be launched at the Northcote Social Club Thursday July 1st.

Afterlife is a record about growing, moving on and learning from your mistakes. About finding yourself again and making the road by walking. Written and recorded over a 3 year period (in a series of phases), spurred by the want to be more involved in the playing & creation side of music, after playing in larger groups for years. Chipping away on songs in his own studio space for that time, inviting in some friends to play on different songs, and then tied together with friend & producer John Castle. What started as a quest to do more on ones own, became the realisation that music is truly a series of collaborations to be enjoyed together.

Musically for Liam, it’s also a return to making soul music. While always being there as an influence, it hasn’t been so overt since the early days of Saskwatch. Dream Funk is the official term, channeling heroes Renee Geyer, Arthur Verocai, Badbadnotgood and The Avalanches in with his own songwriting sound. It’s a return here too to working with the Dot Dash & Remote Control family, long-time supporters of Liam’s from Saskwatch to Dorsal Fins to now. In divisive times, What would you take with you into the Afterlife? Connection.

“The… production sounds so effortless, which is quite funny because when you start to really listen to it, it’s pretty apparent that a lot of work has gone into making it sound so breezy. That’s without doubt one of the marks of a great artist” - Double J