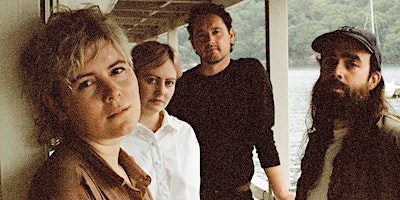 Mere Women celebrate the release of their fourth album "Romantic notions". Following their critically acclaimed album "Big Skies" in 2017, "Romantic notions", released by Poison city records permeates the anxiety of recent times said to be "equal parts forceful and intimate, with raw emotion being exuded through both lyrics and music, it’s a powerful listen, and easily a contender for album of the year"-Rolling stone. Promising to explore the album in depth and in a live setting for the first time, Mere Women invite you for a night of "Romantic notions".