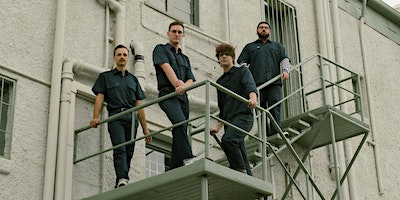 Alongside the release of their debut EP 'We Might Be Alright', pop punk four-piece Waxflower are now ecstatic to announce their Australian tour dates in support of the extended play.

Taking in Brisbane, Sydney & Melbourne, these shows in June will be the largest and most cathartic performances by the band to date.

"Performing live is something we, as a band, hold so dear" says singer Tristan Higgingson. "We can't wait to be FINALLY back on the road, doing what we love most".

Along for the ride will be Adelaide emo-rockers Colourblind, a band who has already built a loyal following since bursting onto the scene in 2017.

At the close of 2020, Waxflower returned with ‘Again’, a taste of a new era for the band which received both domestic and international support from the likes of Happy Mag, Hysteria, triple j Unearthed, triple j, Kerrang!, and Rock Sound. ‘Not Alone’ rang in the New Year for Waxflower, following in the footsteps of its predecessor with continued growing global support.

Waxflower have been growing an impressive resume of supports for such a young band, having shared the stage with the likes of Between You & Me, Stand Atlantic, Sly Withers & more as well as supporting US giants Simple Plan and The Dangerous Summer.