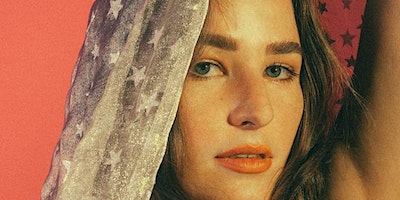 Mia Wray is excited to announce a series of special residency dates at Melbourne's Northcote Social Club this April/March. Having proven her star-making potential with just two shows (including one epic performance at Myer Music Bowl last month) under her belt, these intimate dates are sure to create one of those "I was there" moments for fans for months and years to come.

Having seemingly come from nowhere, Mia burst onto the local music scene with one of the most exciting single debuts of 2020 with ‘Work For Me’, which was added straight to full triple j rotation, over 10 Spotify editorial playlists (including #4 on New Music Friday and the cover of Women of AU & NZ), Apple Music support including a spin and plug by Elton John on his Beats 1 radio show, an acappella performance of Work For Me on ABC’sThe Sound (as well as performances on 2 x tributes), over 16,000 Shazams and champions across the likes of NME, Rolling Stone AU, Pilerats, ProjectU & more

Mia's new single is ‘Never Gonna Be The Same’, a no-holds-barred ode to empowerment. Having made a serious impression with her debut single ‘Work ForMe’, which had the likes of triple j, NME and Rolling Stone singing her praises, ‘Never Gonna Be The Same’, with its undeniably powerful vocals, cathartic arrangement and a hook that will have you singing at the top of your lungs, sees Mia Wray continue to carve her space as a star on the rise.