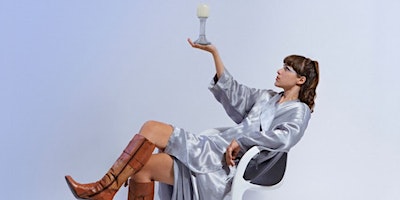 Melbourne’s eccentric space-pop odyssey Zoë Fox and her band The Rocket Clocks have announced the rescheduled launch of their astronomical 2020 debut album, Clockwerks – 12 months on since the record’s release last year.

Clockwerks is an album swathed in warm pop, quirky beats, swirling vocals and retro kitsch, serving up interpretations of real-world matters in a way that only Zoë Fox can pull off, with psychedelic collages of whimsy, creative playfulness and intergalactic ventures aplenty.

Special guests to be announced.