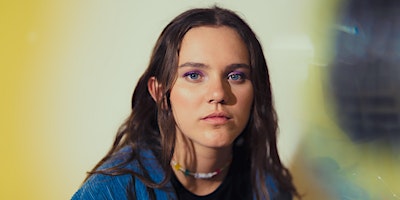 In the wake of her Hottest 100 debut at #29, singer, songwriter and producer SYCCO {pron. ‘psycho’}today reveals a string of hotly anticipated tour dates. Taking in venues across Brisbane, Sydney and Melbourne, the 'Dribble' tour marks her first headline dash across the east coast (including her first ever Melbourne show), arriving off the back of a standout year for the unfairly talented 19 year old.

In the midst of a challenging 2020, Sycco released a series of punchy singles ('Nicotine', ‘Dribble’, 'Germs') which were all premiered via triple j added to full rotation at the station. The Brisbane native signed to Future Classic (Flume, G Flip), was announced as a triple j Level Up Grant recipient, received a J Award nomination, graced the covers of both Spotify's New Music Friday and the popular Front Left playlists, as well as being named Apple Music's New Artist of the Week, and won praise from Paper Magazine, Billboard, Cool Hunting, Lyrical Lemonade and NME Australia, among others.

Sycco has quickly established herself as one of the country’s most promising new artists, catch her on tour this March and April.