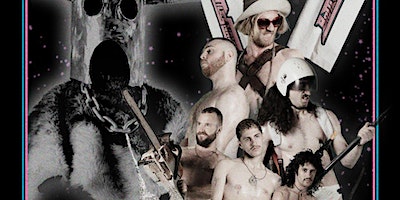 Battlesnake, a once mighty beast now lost to the annals of history. Holy texts speak of a serpent with steel scales and petrol venom, a noxious syntheses of amphetamine and gasoline. Legend has it that atop the highest, mistiest peak, the creature was summoned once again by uniting 7 blades from the 7 corners of the earth. Swords touched, lightning cracked and a chasm formed, from which the colossal Battlesnake ruptured forth. The 7 swords developed humanoid features with individual personalities and were granted unnatural long life, dashing good looks and unholy ability. Mortals tremble. All hail Battlesnake.