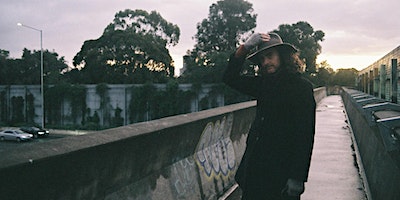 Australian singer/songwriter Michael Beach is an architect of a sound that’s both well-built and ramshackle, straightforward and indeterminably complex, out of the norm yet familiar in all the best ways. He returns with an epic fourth album that explores the duality of the human condition. It encapsulates human futility, passion, desire, anger, frustration, and the struggle to maintain hope in a somewhat hopeless time. Known for his work touring with the eccentric Israeli guitarist Charlie Megira and Australian guitar-pop band Thigh Master, Beach strives to convey both passion and compassion, energy and action. His current band lineup includes Melbourne underground luminaries Bonnie Mercer (Grey Daturas, solo), Carla Oliver (The Finks, Blue Divers), and Pete Warden (Shovels, Onion Engine). The new record from the band, Dream Violence, will be released via Goner Records on March 19 in North American and on Poison City Records in Australia and New Zealand.